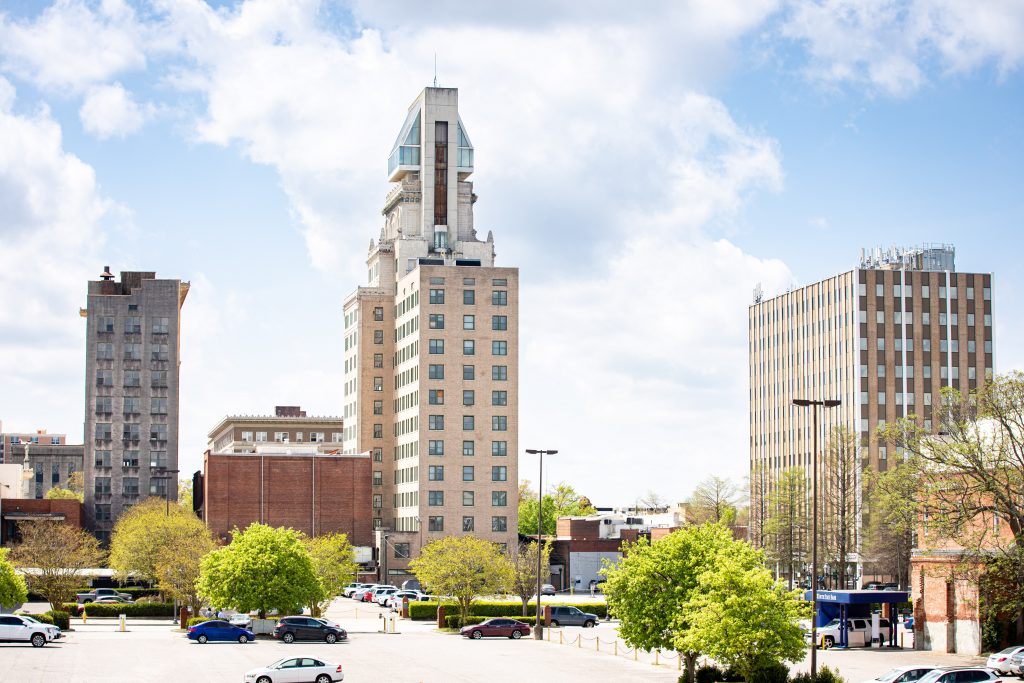 The historic Lamar Building has officially changed hands, with Pace Burt of Albany, Ga. purchasing the building for $2.15 million.

The Lamar Building is Augusta’s tallest building. It is located at 753 Broad St. and has been vacant and in disrepair for several years. Burt intends to change that.

“We’ve been doing historical renovations since 2004, and we’ve done anything from textile mills to hotels to office buildings,” said Burt. “With these buildings that have been up since the early 1900s, they didn’t mind pouring an extra two feet of concrete or an extra 10,000 pounds of re-bar. The building is in unbelievable shape.”

Burt said the water damage that occurred in 2018 due to a sprinkler line malfunction will not be a huge problem, and that there is no structural damage to the building.

The plan for the Lamar Building is a multi-family development with a number of apartments. Burt said that 100% of their historical renovations have followed market-rate residential apartments. There is room in the building for “a little under 70 units,” according to Burt.

“Success breeds success. We strongly believe that when other developers see the success we can do with these types of buildings, others will want to do the same. We’ve seen that in Greenville, Spartanburg, Mobile, and Columbus,” Burt said. “We were the first ones on the block in Greenville, S.C. in 2004, and since our project there, over a billion dollars worth of new construction has happened within a two-mile radius of the building. This can be a game-changer for Augusta.”

Burt said that once construction begins, the project could be complete in roughly 18 months if everything goes according to plan. However, in dealing with such a large and historically rich building with numerous safety guidelines to observe, Burt knows the project could stretch a little longer.

“We met with folks in Augusta on Friday, June 4, and we will need some help with saving the rooftop. It doesn’t add a lot of value to the building but it’s so important to save it, for the history of Augusta. We’re trying to get some community support to keep that piece of history intact,” Burt said. “And we’re not coming here hat-in-hand; we’re not asking for any money. We were just asking for some direction in redeveloping that portion of the building.”

The rooftop Burt referenced is the penthouse atop the building, added in 1976 by prolific Chinese-American architect I.M. Pei. Burt is interested in renovating the penthouse as well, which could hold about 150 people. He mentioned meeting with the Downtown Development Authority on his most recent visit to Augusta. The DDA could not be reached for comment.

Matt Aitken of Sherman & Hemstreet Real Estate Co. helped broker the sale. He echoed what Burt said about other developers taking note of a large-scale historical development like this.

“It takes somebody like Pace that has the wherewithal and the talent to do something like this — and to do right — and people will love it. People love historic buildings, and people here love the Lamar Building. It will get some attention,” Aitken said. “He’s a developer Augusta really needs. It’s a challenge but he sees the potential.”

The Lamar Building is on the National Register of Historic Places and has just over 96,000 square feet of space.