Augusta has been buzzing about the hastily made proposal to move the James Brown Arena 6 miles south of Downtown to the old Regency Mall site. I've been reading the news like everyone in this community and I have not heard anyone from the real estate community give a public opinion. So, from a commercial real estate background, I offer my thoughts on this proposal and the future I see if enacted.

First, let me state from the outset that there is no doubt that the Regency Mall site is a good property that needs to be revitalized. The highest and best use, however is finding a user that will bring daytime jobs to that area. Second, Augusta needs a new first-class arena. The existing arena is dated, sub-par and has a myriad of issues. Lastly, I am an Augusta native and I believe this is a great city with a lot to offer and is one of the best places in the country to live and raise a family. Most people would not dispute these three assumptions. But how would moving the arena really affect the Gordon Hwy/Deans Bridge corridor?

I've heard it said that moving the arena to the Regency site would 'promote economic development in south Augusta'. I have also heard from proponents that the move would result in new retail, a hotel, and an increase in development in that area. Whether one likes the idea of the move or not, most people base their thoughts on abstract ideas with little experience. Based on my experience, I don't believe the move will result in new retail, or a hotel or any substantial economic growth in that part of Augusta.

Politicians and those in favor of the move will tell you that this move will change that area and provide a boost for economic growth. What we all need to remember is that they are in the business of creating enthusiasm and support for whatever they want you to support. The facts in this case just don't support the move.

As someone who actively works to recruit retail business and industry to come and fill vacant buildings, I am very familiar with the challenges certain parts of our community face. In short, I know what it takes to bring new retail growth and I know what will prevent it from coming.

To be perfectly clear. From a retail development standpoint, this is not an ideal site. Here are the reasons why: 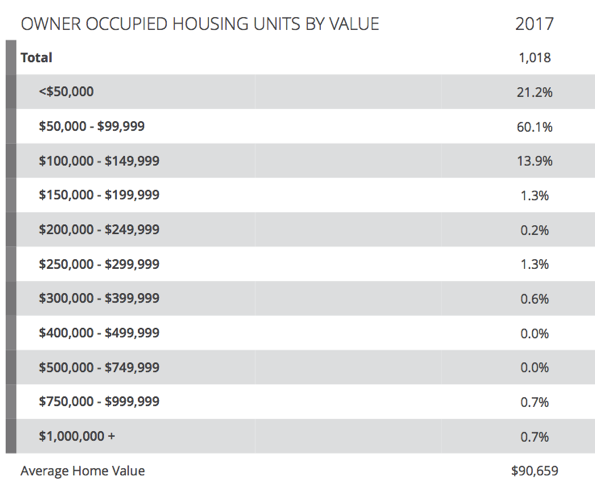 - Population Growth: Metrics are all trending down with the population shrinking historically.

- Cotenancy: Retail users are very concerned about who their neighboring tenants are. Most national users have closed in this area including Kmart, Kroger, and many more. I am personally marketing two buildings close to the mall that are going vacant in the next few months. One a national retailer and one a national restaurant franchise.

- Crime: The numbers don't lie. If you look at the below 'crime map' from Richmond County's GIS site, you can see that all of the areas directly around the Regency Mall are littered with crime dots. (even the cemetery isn't immune?) Who wants to go to a concert and constantly worry if your car is going to get broken into or stolen. 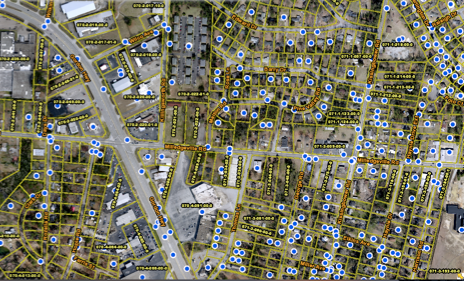 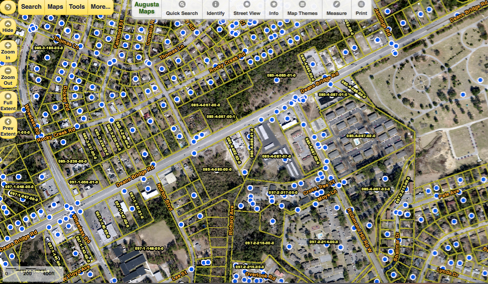 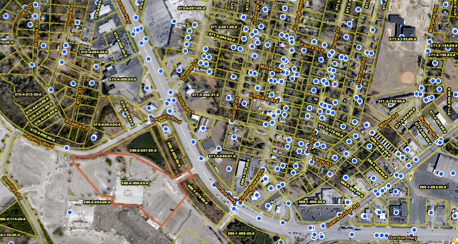 These facts come together to form a perfect storm to help keep retailers out of the area. I would say that it would be nearly impossible to gain any traction attracting new growth in this area. So, will moving the arena help this? The logical conclusion is that it will not.

The current arena location hasn?t resulted in any new retail growth or new hotel rooms. However, the Trade and Exhibition Center the city built did boost both. But downtown continued for years to struggle because of some of the same reasons I outlined above. What has recently helped downtown is new daytime job growth in the area and an increase in population. This Regency Mall farce will not result in either. Thinking that any one project is going to fix that area or result in "economic development" just ignores the facts. To me, it sounds like some of the Augusta's leaders are using the same vocabulary but not the same dictionary when it comes to "economic development".

Personally, I think the City of Augusta should own the Regency Mall. The current ownership of the Regency property has been completely unreasonable in their approach to redeveloping the site or allowing someone else to work the site. I am one of only a handful of people in the CSRA that have ever successfully negotiated a ground lease, I can tell you that the structure that I saw proposed is one of the worst real estate deals I have ever seen. We should be insulted that these owners from NY would think us GA folks to be so ignorant as to think that this is remotely a deal we should consider. If we move forward with the transaction as outlined, it will go down in history as one of the worst deals Augusta has ever made.

I suggest that the city buy the site for fair market value or enter into a long-term lease agreement. A long-term lease would be considered no less than 100 years on a property like this. And fair market value in my opinion is not one cent more than $10 million. That would be a fair equitable deal. Otherwise we just need to wait these property owners out until they get reasonable on the site.

Keeping the arena in its place seems like a more reasonable solution to me. I find it curious that we taxpayers spent $147,000 for a report where the arena should be located and then Coliseum Authority members completely ignored the findings. Why hire experts if you are not going to listen to them? These experts we hired surely saw a lot of the same things outlined above.

The solution for the Regency Mall area is a tricky one. Anything short of creating new daytime jobs is not going to result in economic development in the area. There is a natural progression that occurs in real estate that I have told people many times. You first have the jobs, then the office spaces will fill up, then people will start to want to live closer to work, then when population grows the retailers will come. Attempting to skip a step in this process will never work. I have seen it tried and it will fail.

There have been some accurate statements from the supporters of the move. They say the move "won't compromise downtown redevelopment." That is the only true statement I have heard lately. Downtown is booming and there is nothing that can stop it. Even losing the James Brown Arena.